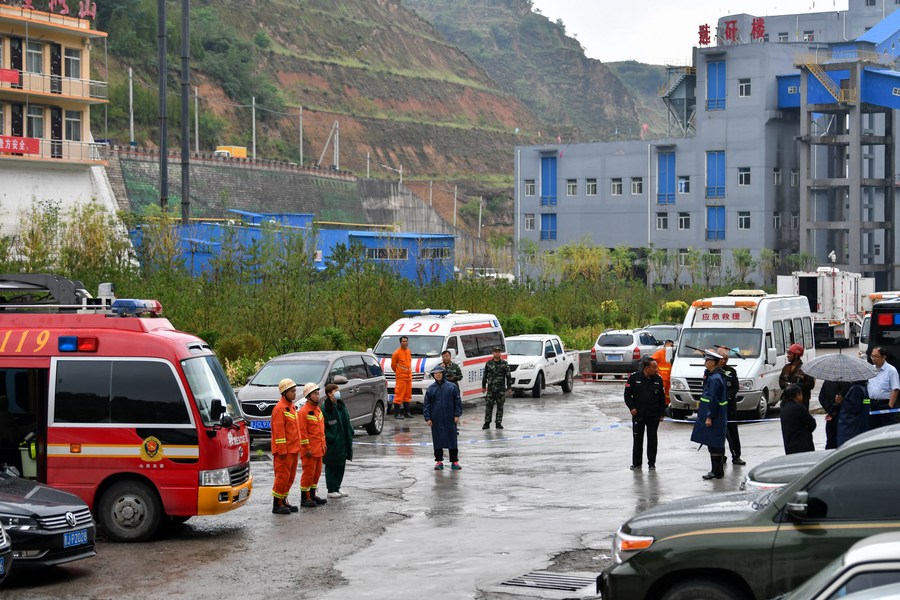 TAIYUAN, June 18 (Xinhua) -- Seven people who were trapped in a coal mine roof collapse were all rescued in north China's Shanxi Province on Friday, rescuers said.
The miners were lifted out of the tunnel at 5:13 a.m. Friday after being trapped for almost two days in Taiye Coal Mine operated by Shanxi Jinliu energy company in Linxian County.
The accident happened at about 8 a.m. Wednesday in a transportation tunnel of the mine.
The rescued miners have been sent to a hospital for a comprehensive health check, and the investigation of the accident is underway.