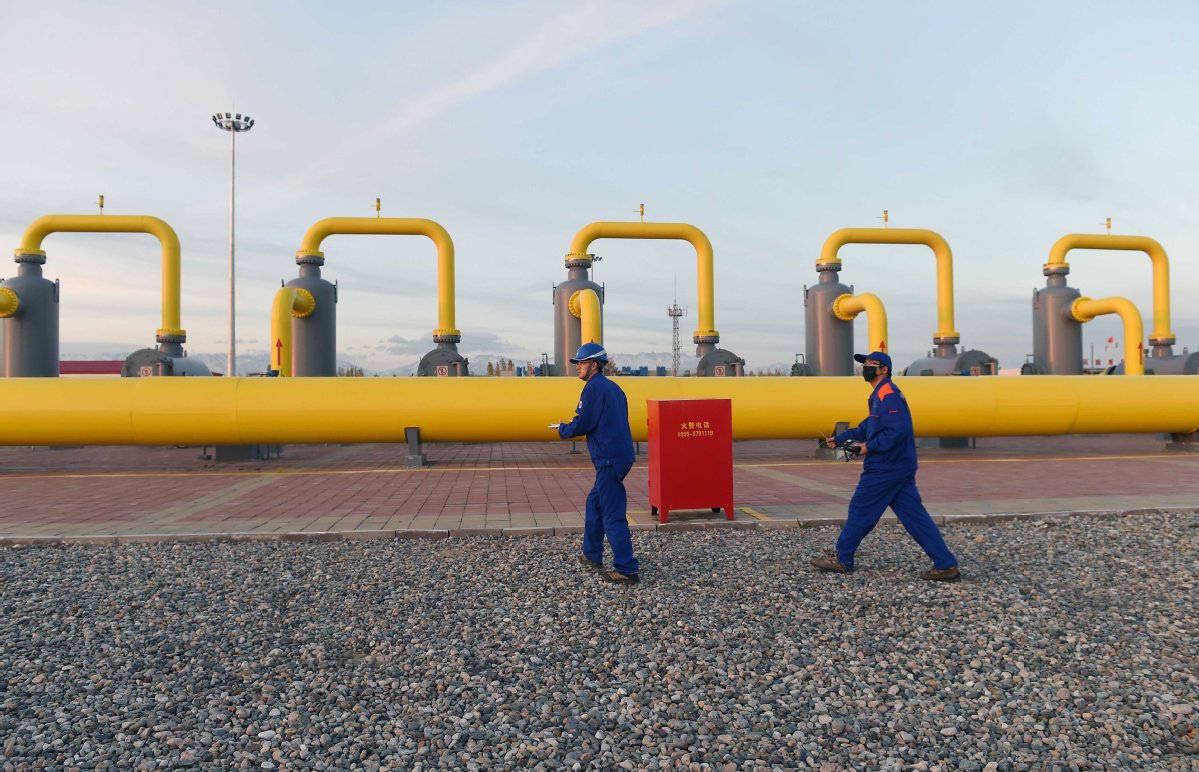 Technicians inspect gas facilities in Horgos, Northwest China's Xinjiang Uygur autonomous region. [Photo/Xinhua]
BEIJING -- China's west-to-east gas transmission project has boosted natural gas supply across the country and facilitated the low-carbon transformation of the country's energy consumption structure, data has shown.
The west-to-east gas pipeline has sent more than 700 billion cubic meters of natural gas to eastern China since it was officially put into operation in 2004, according to PipeChina, operator of the project.
Over the past years, the project has reduced the use of approximately 932 million tonnes of standard coal and cut carbon dioxide emissions and dust by 1.02 billion tonnes and 508 million tonnes, respectively, which is equivalent to adding 3.18 billion hectares of broad-leaved forests.
It has helped increase the share of natural gas in China's primary energy consumption to 8.4 percent in 2021 from around 2.4 percent in 2003, benefiting nearly 500 million residents nationwide.
In 2021, the annual volume of natural gas transported by the pipeline has, for the first time, exceeded 100 billion cubic meters, according to PipeChina.