China Mining 2005:One of the World's Four Major Mining Events 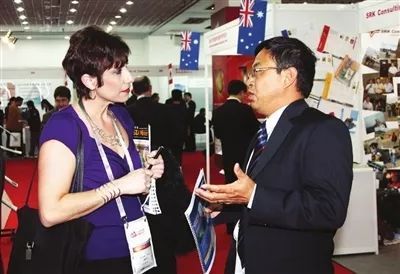 China Mining 2005:  One of the World's Four Major Mining Events
Theme: Strengthen mining cooperation to achieve mutual benefit and win-win situation
Time: November 15,  2005
Place: Beijing, China
Highlight: China Mining Conference became one of the world's four major mining conferences
On November 15, "2005 China Mining Conference" was held in Beijing. Nearly 2,000 delegates from more than 20 countries and regions attended the conference, two-thirds of them were foreign delegates. Since then, the conference was officially named "China Mining Conference", and at the same time, China Mining Conference became one of the four major mining conferences in the world.
Zeng Peiyan, then Vice Premier of The State Council, sent a congratulatory letter to the conference. He pointed out that mining is an important basic industry to ensure the civilization and progress of human society. As the largest developing country in the world, China has always given priority to the development of mining in its national economy. In order to alleviate the contradiction between economic growth and protection of resources and  environment, we adhere to the Scientific Outlook on Development, give priority to resource conservation, vigorously develop a circular economy, and mainly solve the problem of mineral resources supply at home.  At the same time, the Chinese government also actively encourages the opening up of the mining sector, and is willing to strengthen contacts with other countries and regional organizations, enterprises and organizations in the world on the basis of the principle of mutual benefit and win-win results, and carry out mining cooperation at multiple levels, in multiple fields and through multiple channels.
The conference made it clear that China encourages private capital to enter the oil and gas sector. The conference put forward three proposals on jointly promoting global mining prosperity. First, improving the system and rules of international mining trade. Second, jointly improve the mining investment environment of all countries. To promote the globalization of mining industry on the principle of openness, fairness, justice and national treatment. Third, we will continue to promote sustainable development.
The 2005 China Mining Conference was sponsored by the Ministry of Land and Resources, it was the 7th session. The theme of the conference is "Strengthening mining Cooperation for Mutual benefit". During the three-day conference, Chinese and foreign delegates had extensive exchanges on issues such as mining policy, market and financing, new theories and technologies, and mine safety and environmental protection.