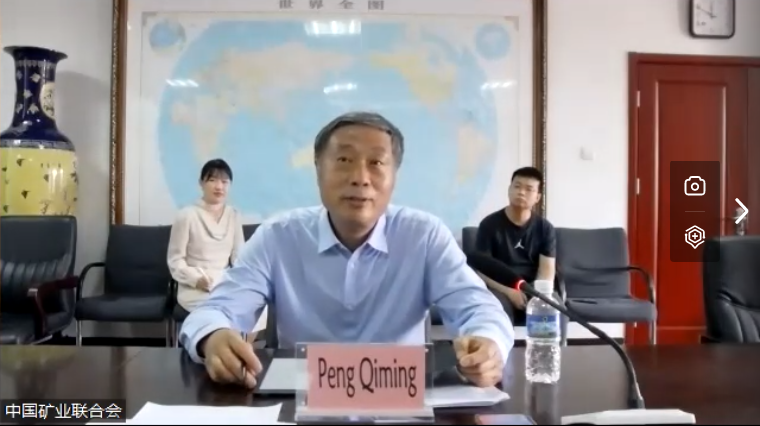 BEIJING, July. 6 (Chinamining)--Peng Qiming, Party Secretary and President of China Mining Association, met with Balumuene Nkuna Franois, Ambassador of the Democratic Republic of the Congo to China online. They have held cordial and friendly exchanges on the upcoming 24th China Mining Conference and Exhibition, as well as the future bilateral mining cooperation.

Peng introduced the history of CMA briefly, he hopes that China and the Democratic Republic of the Congo could conduct extensive and in-depth cooperation in geological survey, mineral exploration, mining development, mine construction and environmental protection, so as to improve the well-being of the people and build a community with a shared future between the two countries. 2022 The 24th China Mining Conference and Exhibition will be held online from September 21st to 23rd. As the organizer of the conference, China Mining Association put forward several invitations to the Embassy.  First, we sincerely invite the Ambassador Of the Democratic Republic of the Congo to attend the opening ceremony; Second, we invite the Ambassador to be a guest of