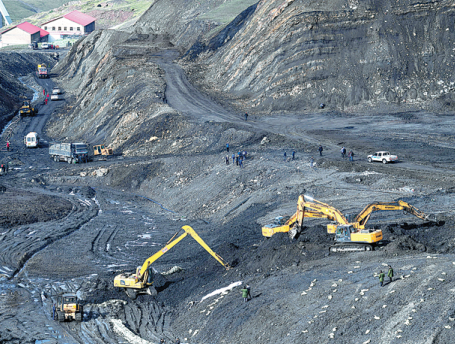 (This article was originated from China Daily)

About 900 rescuers have been working around the clock to extract 19 workers from a coal mine in northwestern China's Qinghai province that was flooded by mud on Saturday.

The accident happened around noon when 21 people were working in the mine in Gangca county, Haibei Tibetan autonomous prefecture, the province's emergency management department said.

Two miners were lifted out of the mine soon after it flooded. One was dead and the other is injured, it said.

The operator was screening for safety hazards as required by the provincial mine safety administration when the accident occurred, Yin Maowen, the deputy head of the prefecture, told a news conference on Sunday.

The mine had been ordered to suspend production and rectify irregularities on Aug 2, he said, without elaborating.

The mine was put into operation in September 2009, with a designed production capacity of 900,000 metric tons a year.

Yin told another news conference late on Sunday that the rescuers face huge challenges due to complicated conditions, with a high risk of secondary disasters.

More than 40,000 pieces of emergency relief equipment and materials have been dispatched to the site, including large-scale drilling machines and excavators, the Ministry of Emergency Management said in a news release issued on Monday.

"Several mine rescue teams in nearby areas are ready to reinforce the rescue effort," it said.

"They can leave for the site at any time."

A work team headed by Vice-Minister of Emergency Management Huang Yuzhi arrived at the site on Sunday to guide the rescue work.

Minister of Emergency Management Huang Ming demanded all-out efforts to rescue the trapped miners while arranging rescue work via a livestream in Beijing on Saturday. He also asked local authorities across the country to enhance supervision to prevent major accidents.